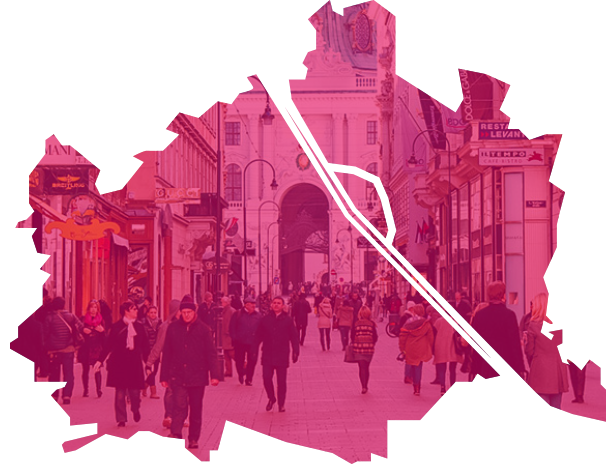 Vienna is the capital of Austria and a home to more than 1,8 million people. In the last ten years, the population of Vienna has grown 11% - mostly for international reasons of immigration.

Vienna is one of the wealthiest regions in the European Union and enjoys an international reputation of good quality of life and low crime rates. The key economic sector for the city are financial services. It has grown into a finance and consulting metropole and within the last decades established itself as Western Europe’s door to the East.

Vienna has been a city of immigration for various reasons. Historical moments such as the fall of the Iron Curtain in 1989, the Yugoslav War in the early 1990s and entering the European Union in 1995 are events inseparable from the current social demographic landscape of the city. Today, about 54% of Vienna’s population is either born abroad, or has one parent born abroad. Figures below about the composition of the population concern people born abroad and/or with a foreign nationality. Among them, the largest immigrant groups have origins in Serbia, Turkey and Germany.