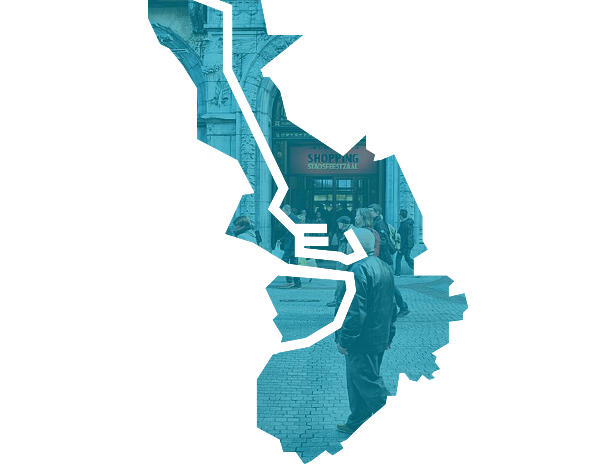 With a bit over half a million inhabitants, Antwerp is the largest city of the Flemish region in Belgium and the second largest city of Belgium, after its capital, Brussels. Although the city’s population has gradually increased over the past years, it remains relatively small compared to other Western European cities.

Due to its convenient location, Antwerp is home of the second largest international seaport in Europe, making the city an important economic center of Belgium. The city is further known for being one the largest diamond trade centers in the world. Although Antwerp’s diamond trade was once led by the Jewish community, nowadays, the majority of workers in the sector have an Indian background.

The population of the city has become more and more diverse over the years. In 2012, about 42% of the population was either born abroad or had at least one parent born abroad. Today, almost half of the city’s population has a migration background. The city counts the presence of at least 166 different nationalities, pointing to the variety of immigrant groups in Antwerp. The largest immigrant groups in Antwerp have their origins in Morocco, the Netherlands, Turkey and Poland.